Saturday night I headed out for a small microadventure. I had set off with the intention of camping in Thor’s cave.

I made it into Wetton just as the sun set. There was snow piled up at the sides of the roads and the wind was quite bitter. I headed off down the path towards Thor’s cave which was considerably muddier than expected! 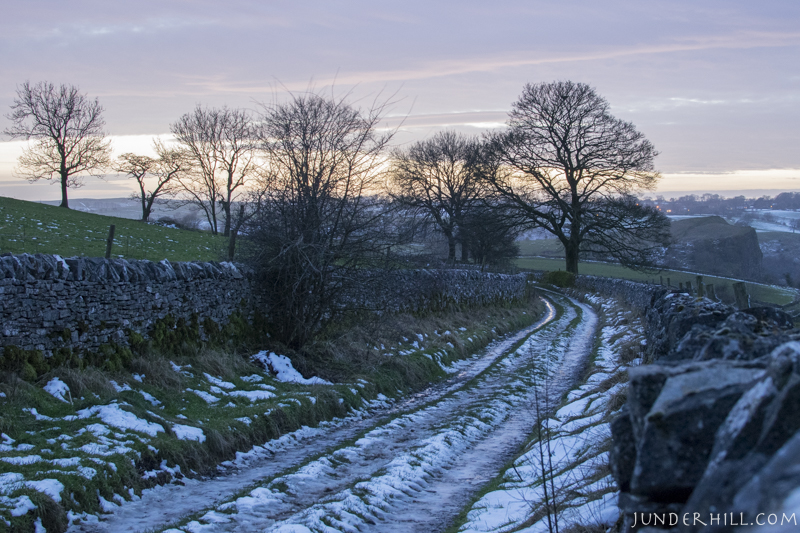 I reached Thors Cave and it was considerably darker than I had hoped for, I was navigating almost solely by head torch at this point. I climbed up into the cave, and managed to scramble my way up towards the back of the Cave. It was absolutely pitch black towards the back of the Cave and there was a lot of water falling from the roof of the cave so it was quite a bit wetter than outside. There was no where I could find level or wide enough to lay out my roll mat. Maybe I’d be better off finding somewhere else nearby to camp?

Whilst I pondered what to do I enjoyed a nice bottle of Hobgoblin Gold (Very nice beer! Well worth trying..).

Looking out from within the cave I could see a fantastic silhouette of the hills in the distance which must have been from the streetlights. I thought this would make a nice photo, with the mouth of the cave in the foreground and the silhouette of the hills in the background. It was very difficult to focus with how dark it was in the cave, I wanted to focus on the mouth of the cave however to do this I had to shine a torch on the point I was trying to focus on. This wasn’t as successful as I’d hoped as I think the image is a little soft. Maybe this is related to how the wind was howling through the cave and possibly disturbing the camera through the exposure?

I made my way out of the cave and walked back around and on to the hill above. This still had limited patches of flat ground although I managed to find one spot that was sufficient. I dumped my rucksack and began rolling out my mat, sleeping bag and bivi. 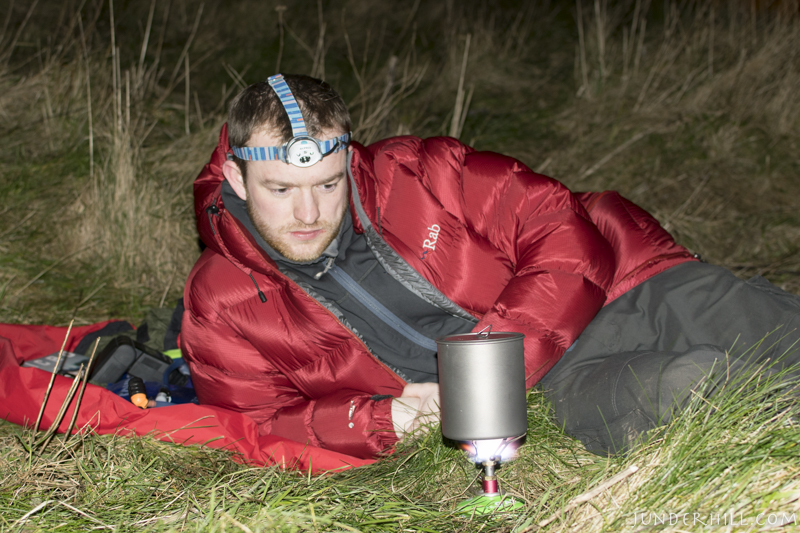 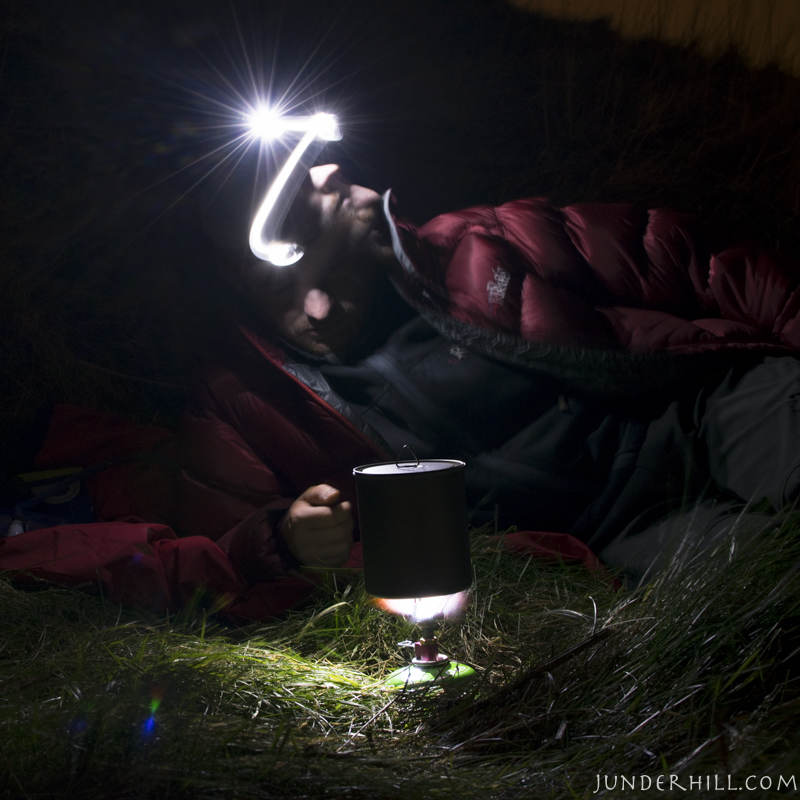 After making a brew and some food (Luke warm chilli con carne!), I found out my entertainment for the evening from my rucksack, Alastair Humphreys Microadventures, quite appropriate given the situation? It was at this point I started to notice something, my roll mat didn’t seem particularly well inflated, I added some more air to it and lay back down. Five minutes later it was flat again. This was going to be an uncomfortable night!

A hipflask of whisky helped me sleep a little but after tossing and turning for a couple of hours I decided it was time to pack up camp. 4am I packed everything away and was heading back to Wetton. I was back by 5am and on the road.

A great microadventure that was just slightly uncomfortable!