Back at the start of august I went on a mini adventure to North Wales for the weekend for a 2 night wildcamp. I went with Dexter, my 10 month old Border Collie and a friend Paul @paulswilliamsuk.

We drove to Llanduddno on the Friday afternoon hitting all the rush hour traffic. Once we had parked up it was off to the pub for a big pub meal and a pint before catching the bus down the coast.

We started walking from the A55 near to Llanfairfechan heading towards Llyn Anafon for our first nights camp. 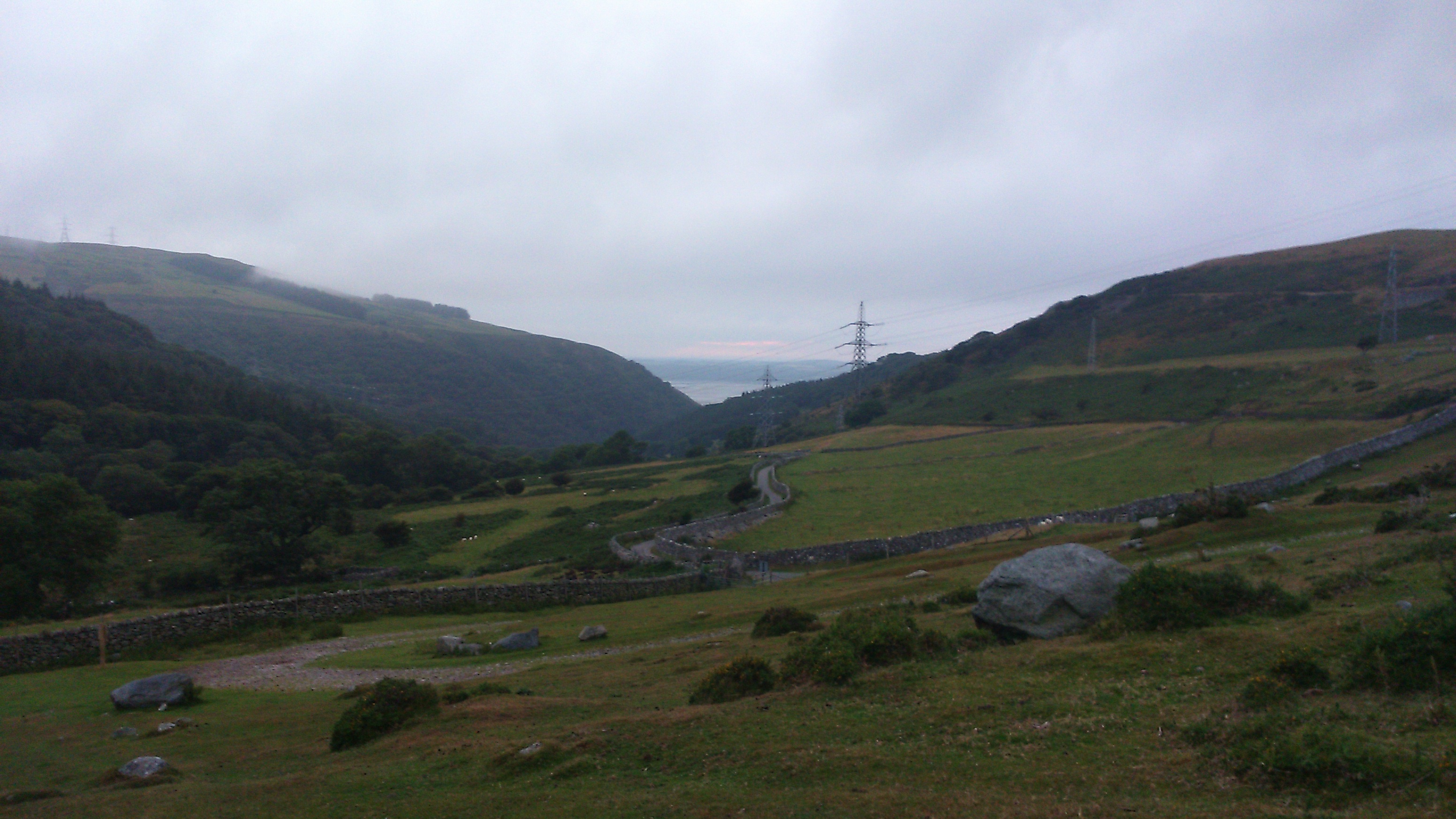 After around 2 hours of walking there was still no sign of Llyn Anafon and we were loosing the daylight so we found a nice flat patch of grass the other side of the stream to pitch for the night. As soon as we dropped our rucksacks the midges descended so it was a race to get tents up before we got so fustrated with them we started throwing things! (Paul lost that race..)

Dexter had never camped with anyone else around before so it was a pretty restless night, any time he heard Paul move in his tent he tried to get out the tent to see what was going on. After what seemed like an eternity of trying to get to sleep I eventually woke up feeling like I’d not slept at all.

After filtering some water with Pauls new Sawyer Mini water filter (which seemed really good for the money) I made a quick brew and some porridge in the rain feeling somewhat miserable.

We packed up camp (again getting more attention from the midges than we’d have liked) and set off walking. 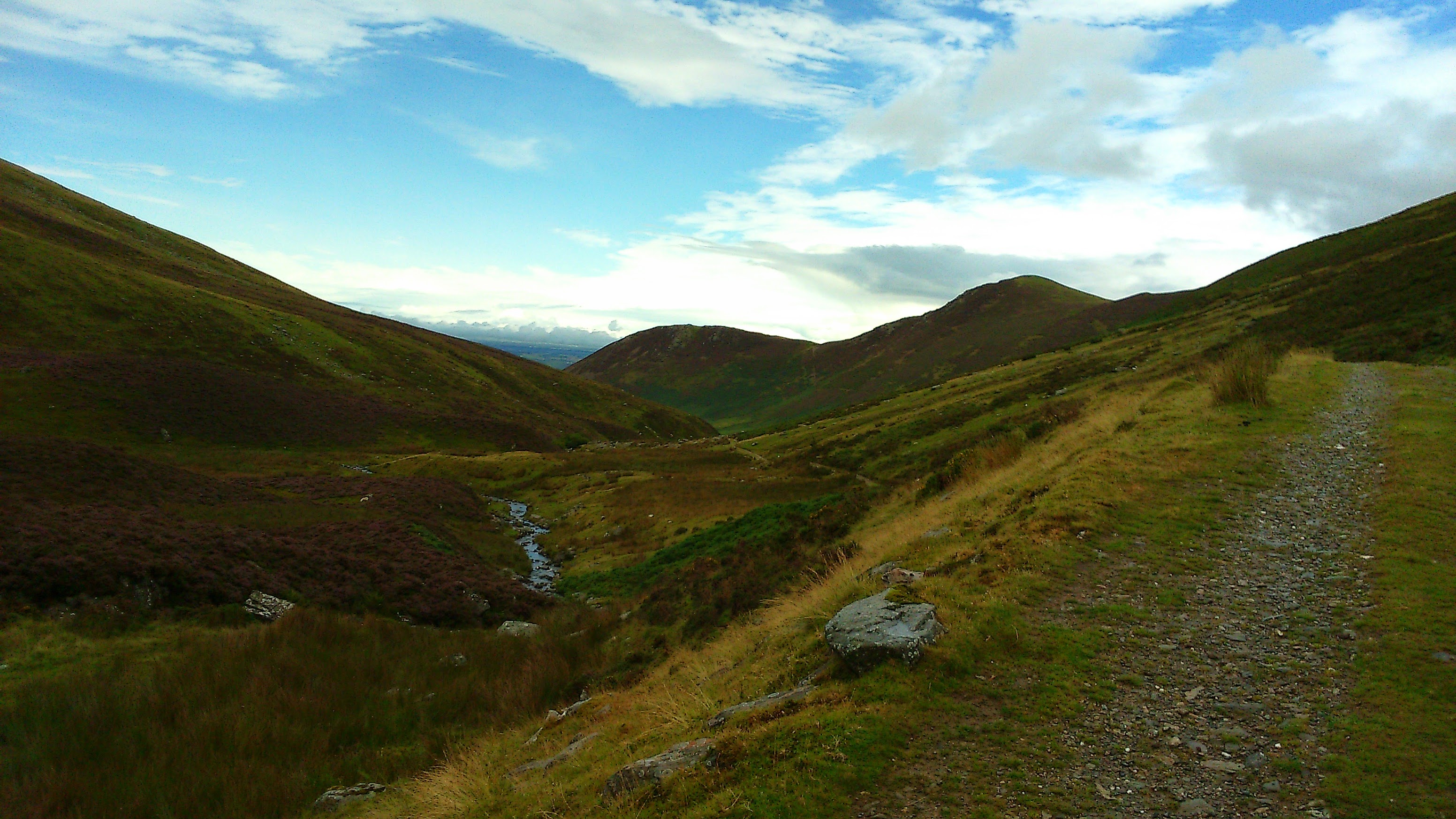 The first couple of hours walking were horrible. I had no energy, no enthusiasm and would have happily just put my tent up and gone back to sleep.

We reached Llyn Anafon after about 40 minutes of walking and headed off the track up a steep incline to rejoin a path towards the summit of Drum. From here we continued up to Foel-fras. 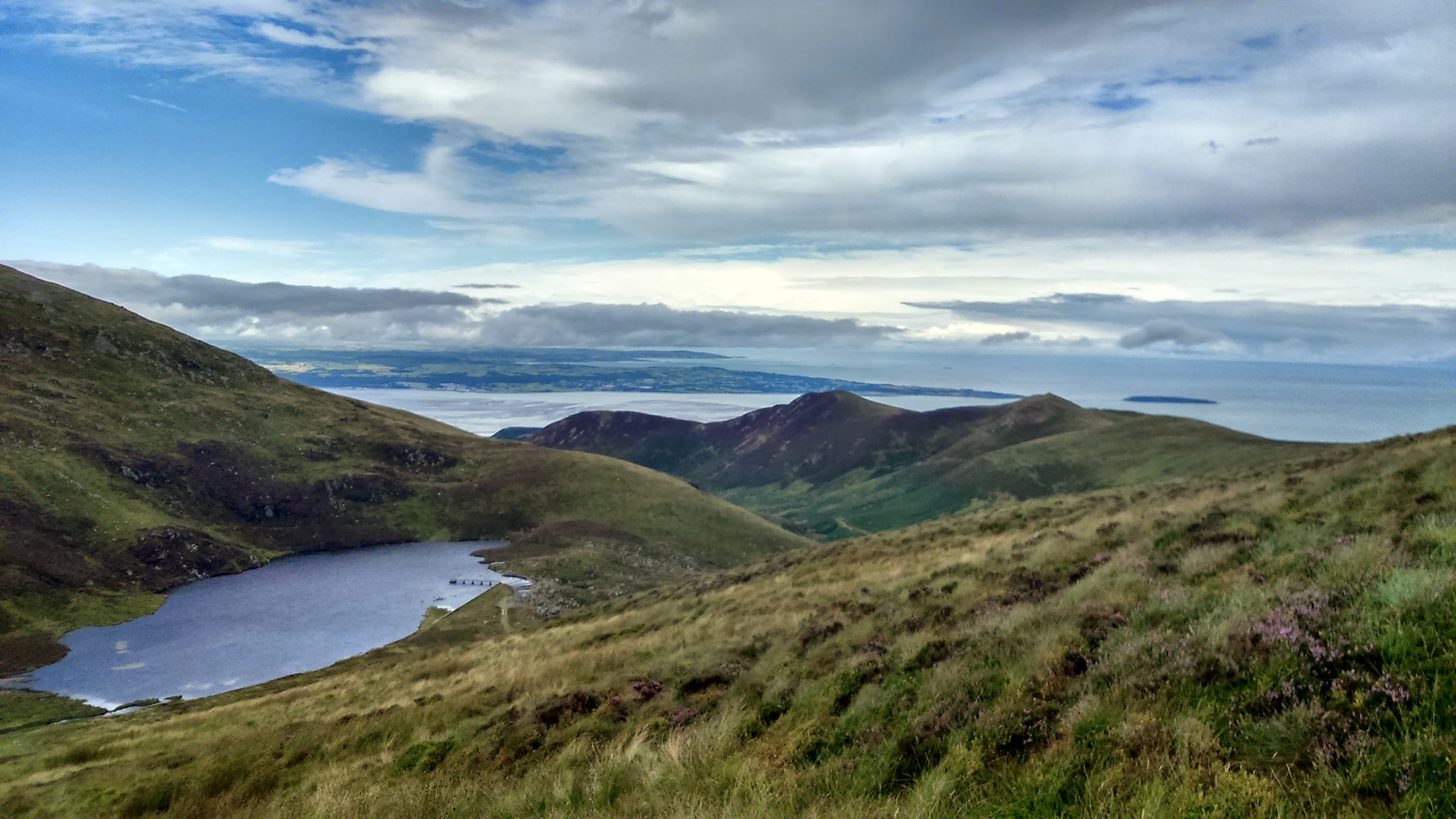 It was as we reached the summit of what we thought was drum that we decided to sit down and make some food. Nothing has ever perked me up for than some minestrone mug shot noodles. I had managed to regain my enthusiasm and was ready to carry on. Whilst taking in the view we started to realise that we were infact on the summit of Foel-fras; this really boosted the mood! 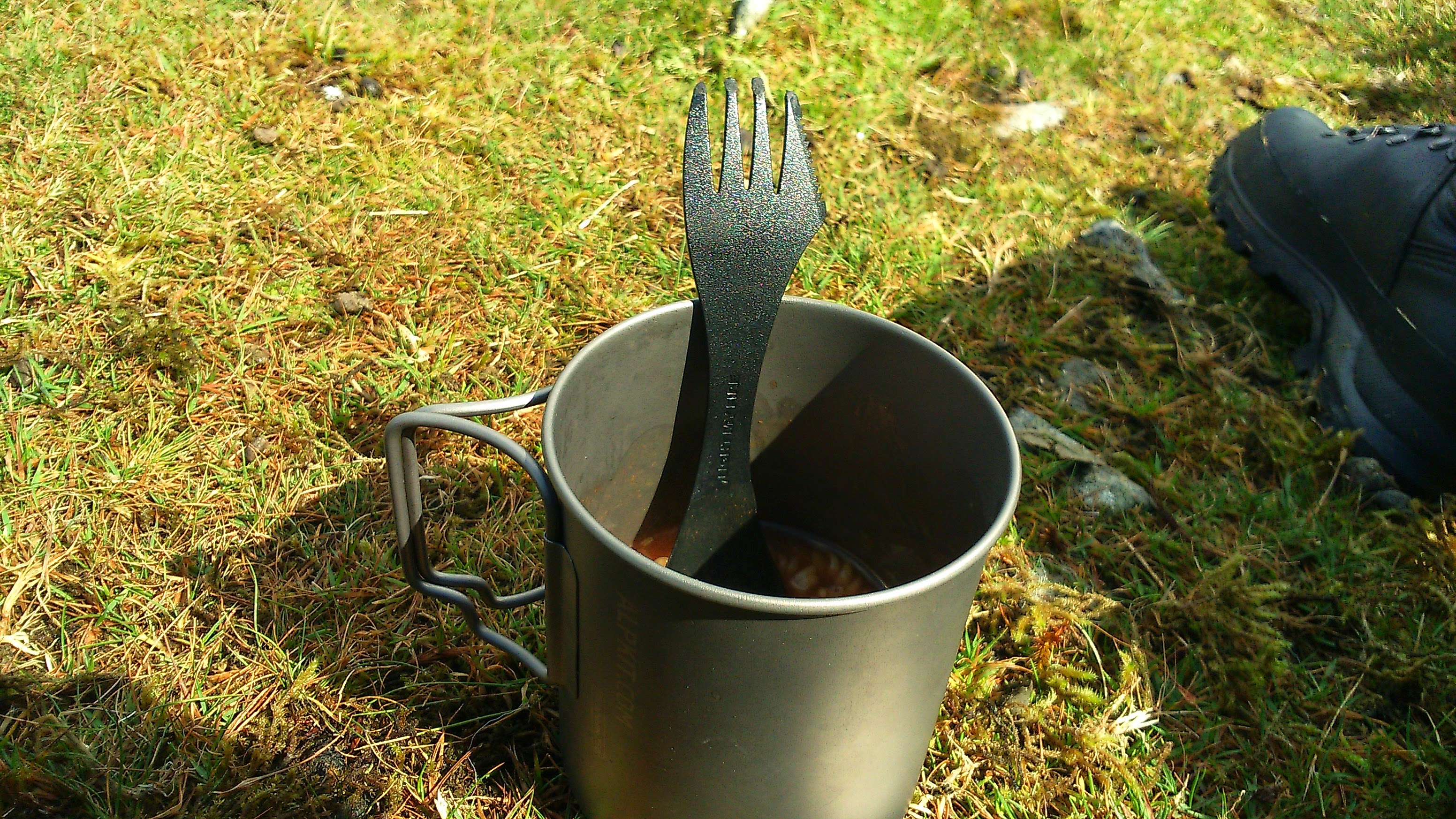 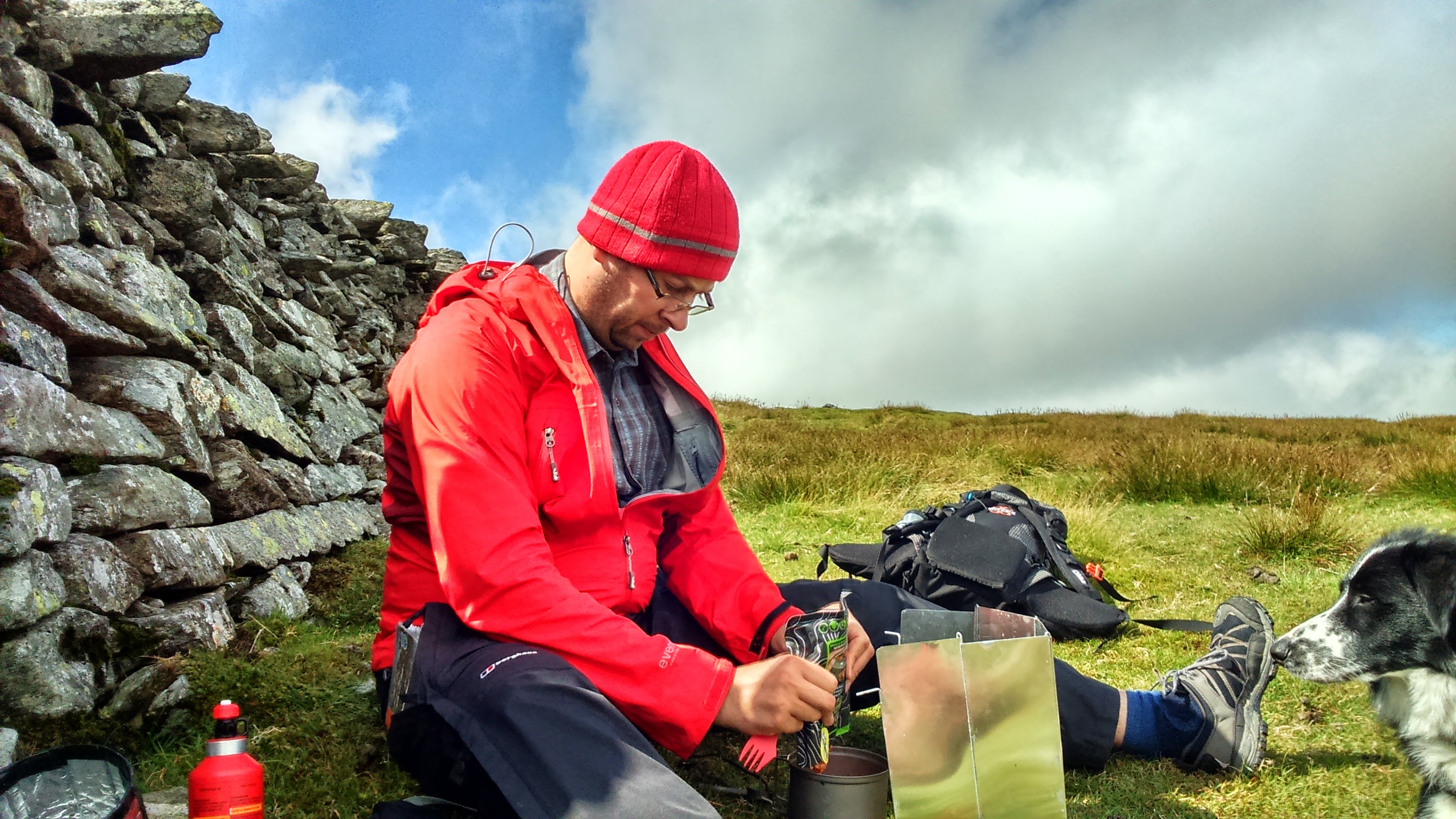 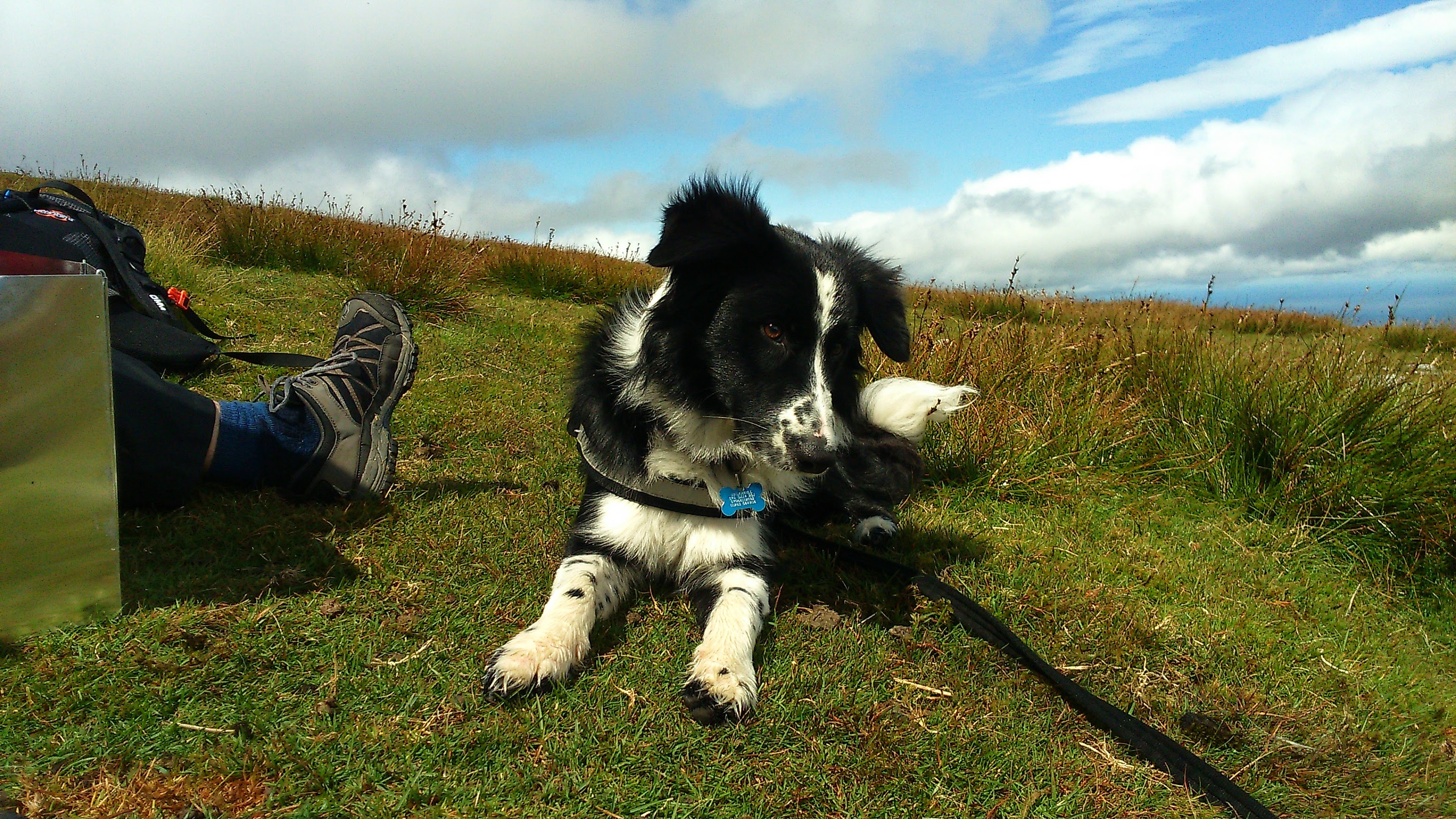 A couple of hours later, we approached Carnedd Llewelyn, and managed to get some very dramatic photos, just before getting to the summit, looking out onto Yr Elen: 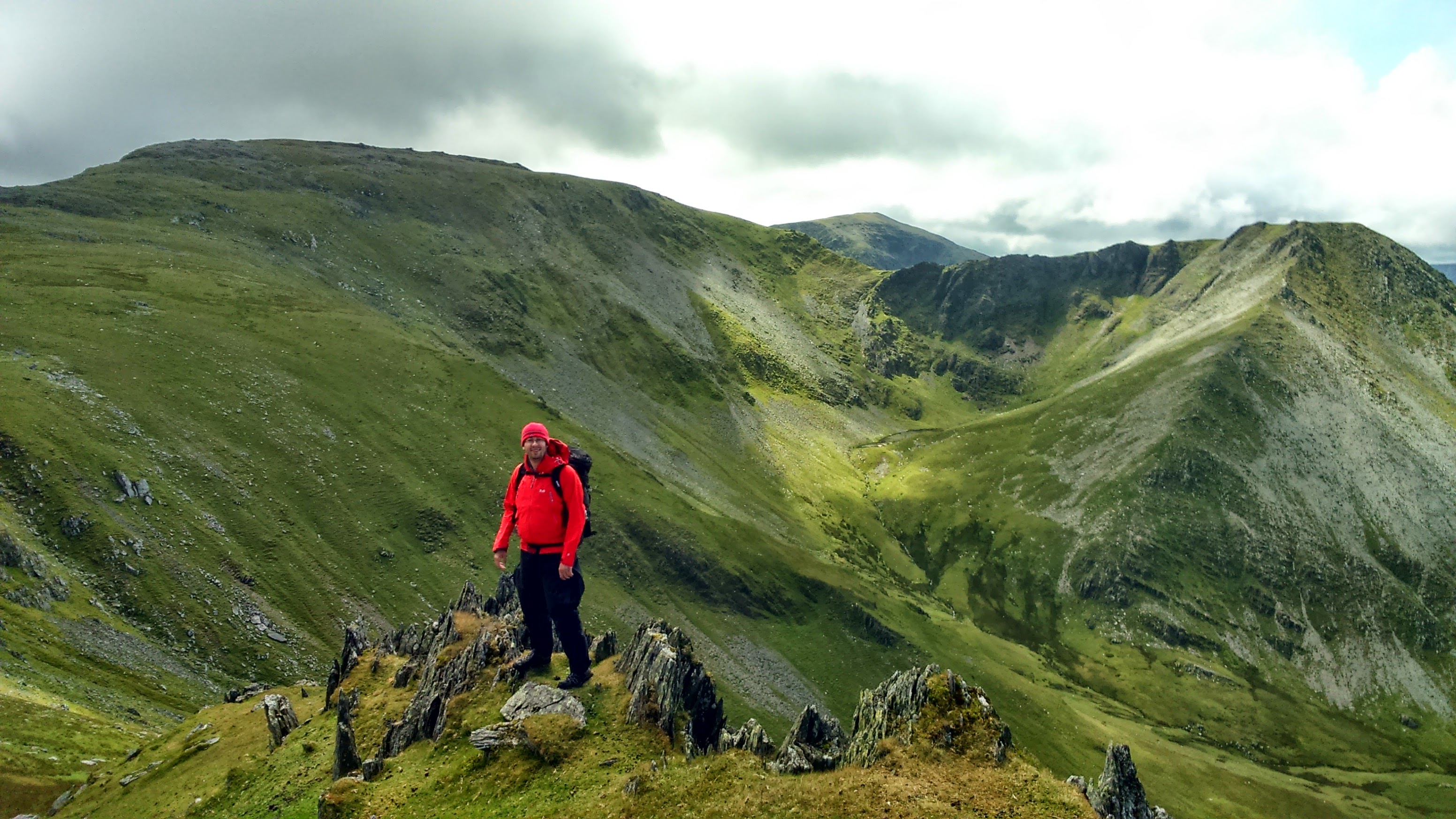 The summit of Carnedd Llewlyn itself was very windy and visibility had decreased somewhat. It was at this point, after battling with the OS map in the wind, we decided that going for Carnedd Dafydd was going to take too long and it was getting later in the day than we would have liked so we headed for Pen Yr Helgi Du. 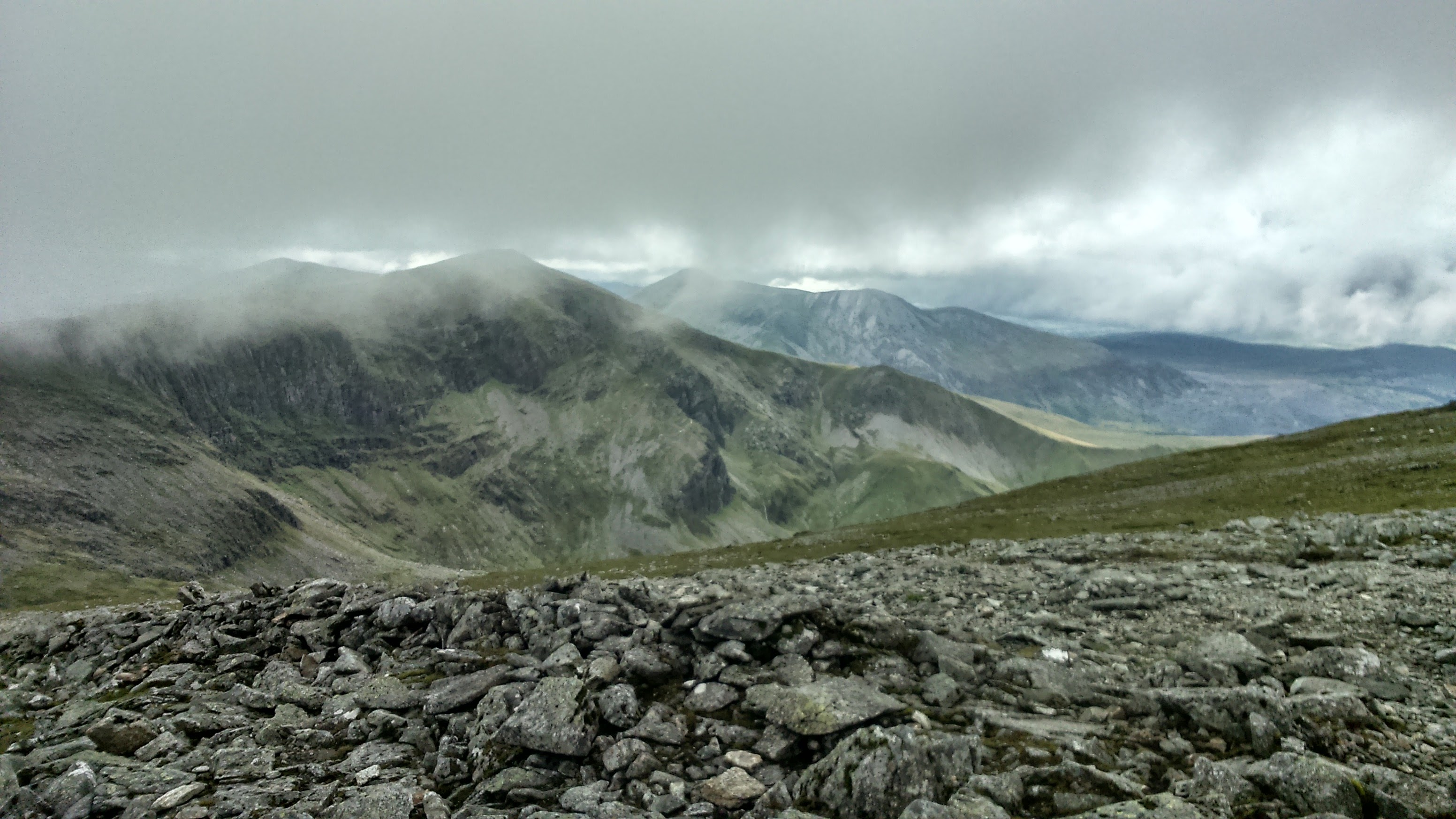 Pen Yr Helgi Du brought some challenges of it’s own. There were some interesting scrambley descents which wouldn’t have been too bad it I hadn’t got Dexter with me. There were times where I was having to pass Dexter down to Paul and then climb down after them. 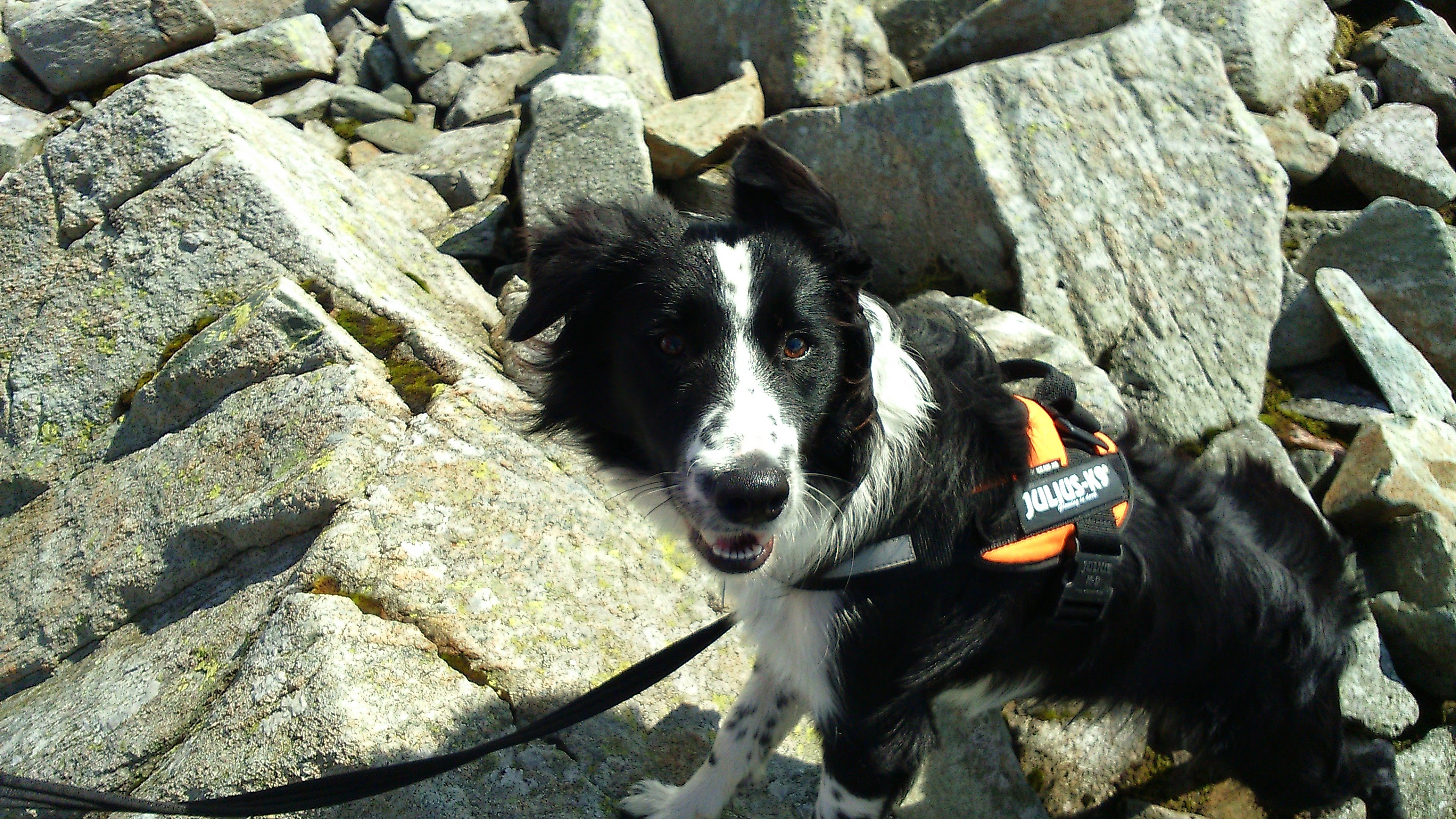 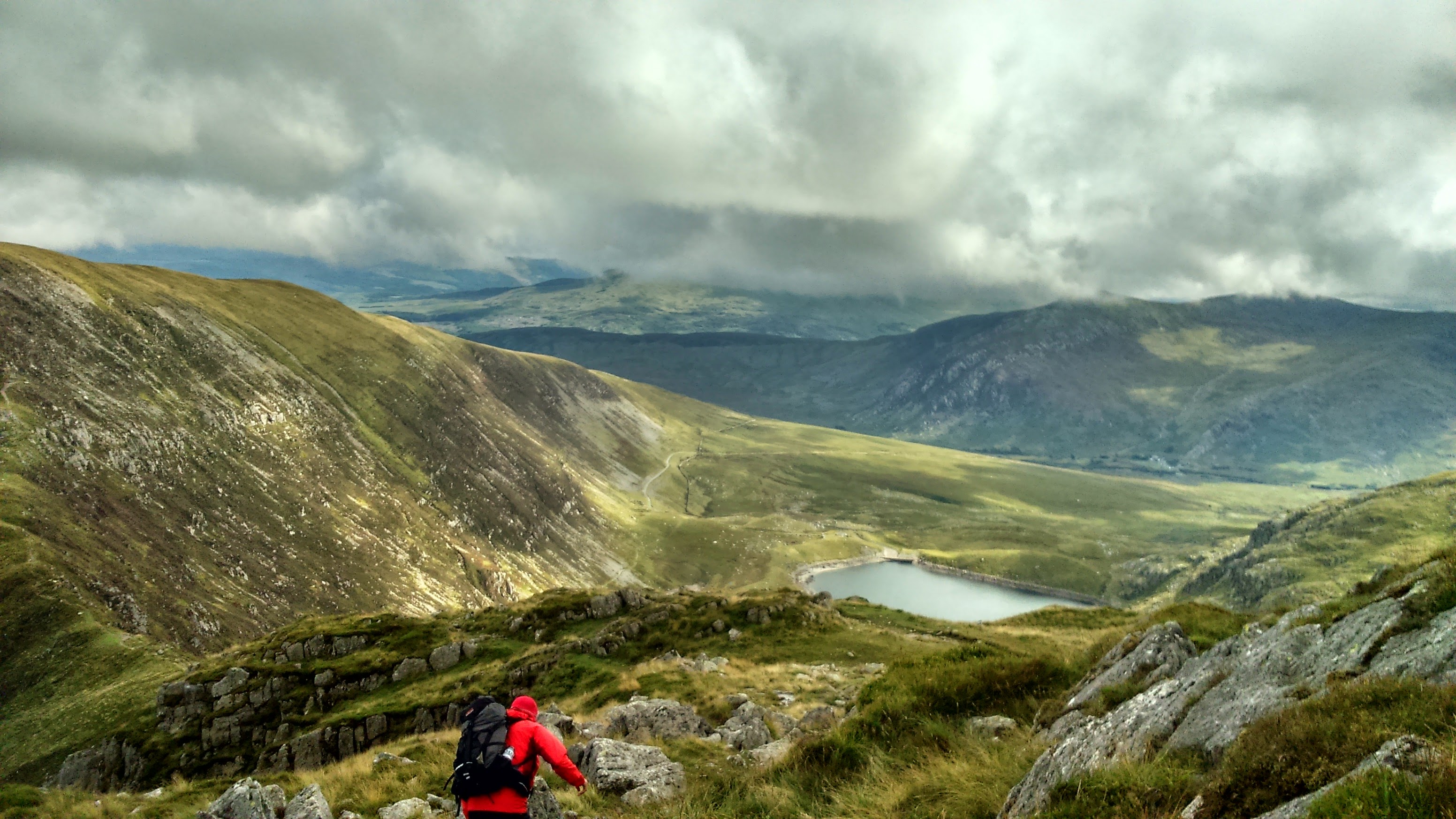 We then started the long slog towards the A5. I was getting very tired by this point, not lifting my feet enough on occasions and tripping over rocks. I was amazed by how quickly an energy gel perked me up, as soon as it touched my tongue I felt a rush of energy!

Once we got to the A5 we then had to make the decision as to whether to camp somewhere near to Llyn Ogwen and have to make do with the limited food, in the form of hydrated camping food, we had with us or walk towards Betws y Coed where a beer and pub grub was guarenteed. We opted for the third option and called a taxi to take us to Betws.

The first and second pint went down very nicely with my steak and ale pie. The only thing that was left was find somewhere to pitch that night. 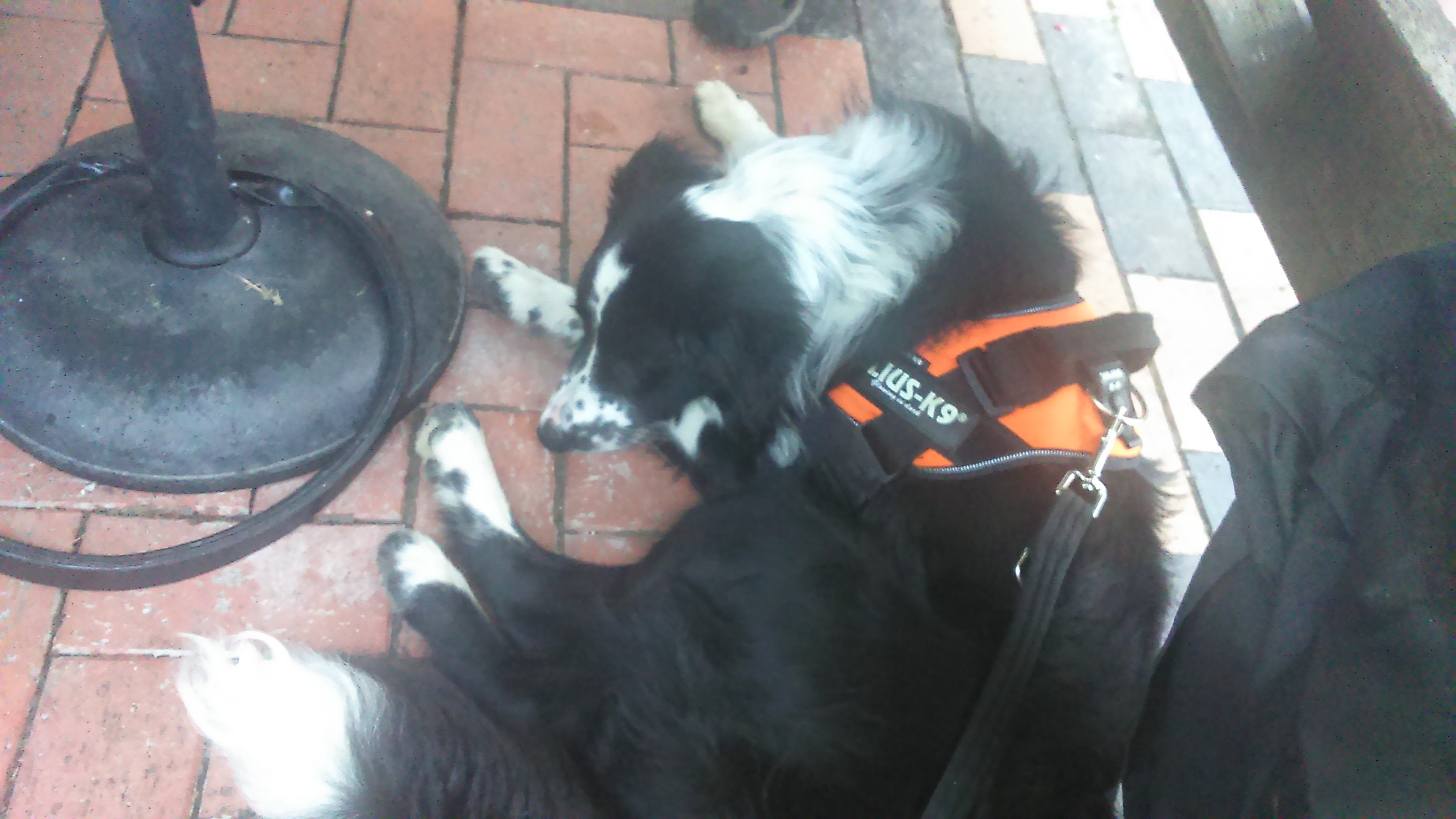 It was another race to get the tent up with the midges but once it was done there was nothing more appealing than collapsing into my slightly damp sleeping bag! Both me and Dexter fell straight to sleep and woke up refreshed and ready to catch the bus back to Llandudno. 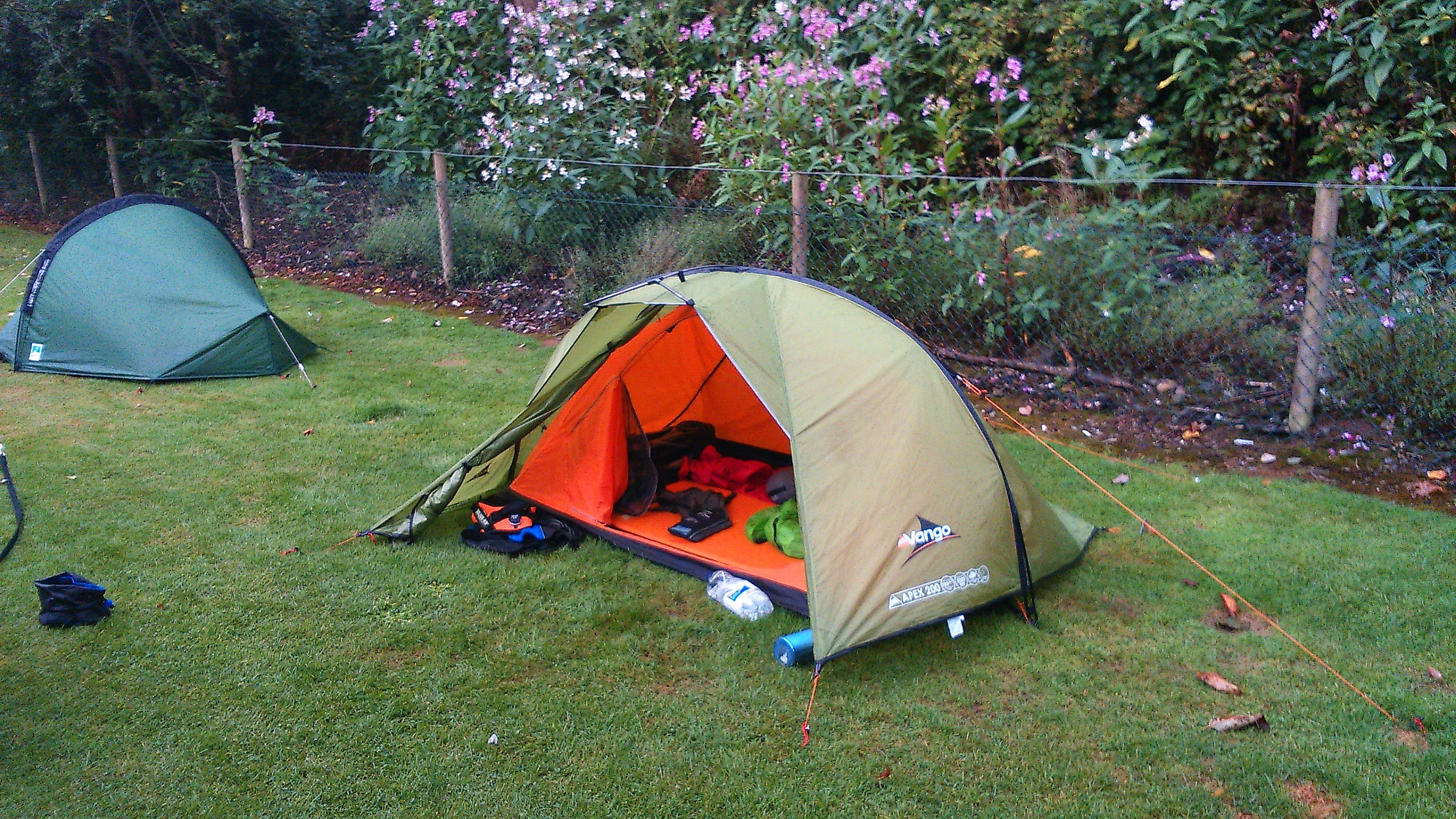 All that was left was to do, was to pack the rain soaked tent away and sit and wait for the bus with a hot coffee and a cake from the cafe.